A big football fans, as usual, They do not like to mix sports with politics king. But nevertheless, the historical and political context make it inevitable on many occasions and has a direct impact on the sport that we love. Today we will discuss two major changes experienced by some teams well on their shields or on their behalf in the years 30 Y 40 in Spain.

The 12 April 1931 there was a regime change in our country. Republicans triumphed in the elections and to this fact many of considered real clubs had to change their emblems and names. I must say that both Spain and Belgium are the only countries in which the Crown granted the royal title to clubs that look.

In this way, teams like Celtic, Madrid, Sports, Sporting Gijon, Racing de Santander, Murcia, Oviedo, Español, Betis, Zaragoza, Valladolid O Gymnastic Valencia They had to adapt to the new political scenario of the country. In the case of merengue club in particular it had a special importance since it joined its emblem the purple band today has changed to blue. Another club that was affected the Real society he had to change his name to Donostia.

A few years later, once the Civil war, the names were those who had to adapt to changing times. Victory Franco regime He caused the names “foreign” They were eliminated. In this way, clubs regained their “royalty” but they were eliminated extranjerismos.

Thus, teams like Real Sporting Gijon or Racing de Santander became Real Gijón and Real Santander to dry. In the same way, the names of clubs in Basque, Catalan, Galician and Valencian also had to “españolizarse”. It was not until late 60 and early 70 when teams begin to advocate for the recovery of their original names and thus Sporting, Racing, Athletic Club, etc, once again referred to as. 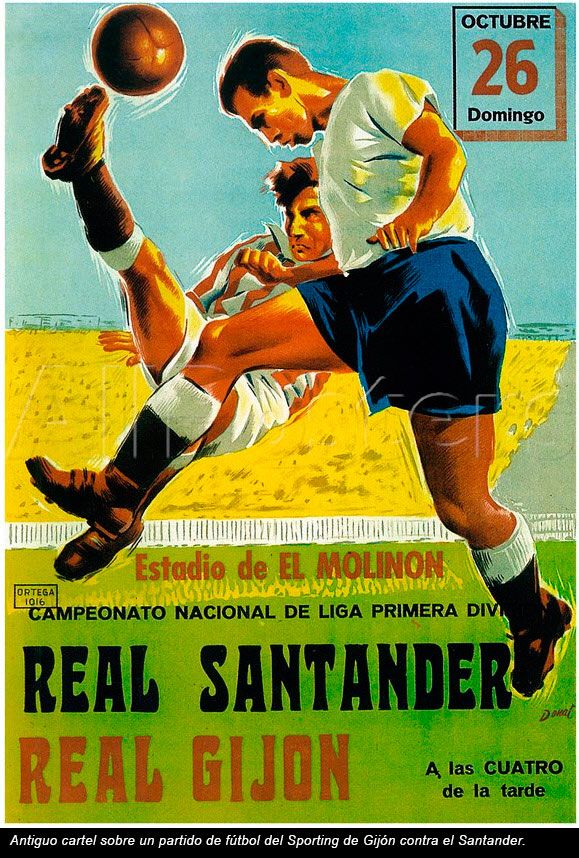 Curious was the case of CA Osasuna. The red outfit kept its name, proposed by Benjamin Andoáin Martínez, which means health, strength or vigor in Basque,Being the only football team with a name in this language of the Spanish League.

The year of the consecration of Di Stéfano
Fernando Peralta, the doorman who lived in a seminar
Cameroon, the great revelation of the World Cup in Italy 1990
Olympiakos - Panathinaikos: The derby of the eternal enemies
The day that fans of Chacarita Juniors lent their shirts so that his team could play
When the president of Real Oviedo stole the wallet at the Calderon
Maracana scandal. The greatest deception of football history
Who were Pichichi and Zamora?
Raul Tamudo and its most amusing anecdote with Paco Flores
Simultaneous marker dart, a revolution in stadiums
PLAKKS, the revolutionary new football game table
The clubs with the most titles in history