Who were Pichichi and Zamora?

Pichichi and Zamora is the name of the trophies the daily Marca gives the top scorer and best goalkeeper in each season of the Spanish League. Behind this name there are two players who excelled in the early twentieth century and coincided on the same team in the summer of 1920.

It was in the Antwerp Olympics, in which the Spanish team won the silver medal with a young goalkeeper 19 years under sticks and an attacker who though he had only 28 years was about to retire. We refer to Ricardo Zamora and Rafael Moreno, better known as Pichichi.

They put that nickname because he used to play with bigger kids he (Pichichi It is a diminutive small Basque), always he competed in the city where he was born in 1892, Bilbao. He debuted with the Athletic Club in March 1913, in a match of Copa del Rey against Real Madrid, in which Rafael Moreno scored twice, the first to 2 minutes of play. The historic vizcaíno club had seen him score another goal nearly two years before, Against them, when it was part of Bilbao FC.

Then it is not disputed in San Mames. The stadium opened in August 1913, and it was just Pichichi who scored the first goal of the field that still keeps tribute. It is tradition that when a team plays first in the fief of the 'Lions’ make it a floral tribute at the bust that have devoted. As it happened in the old stadium and the new 'cathedral'. 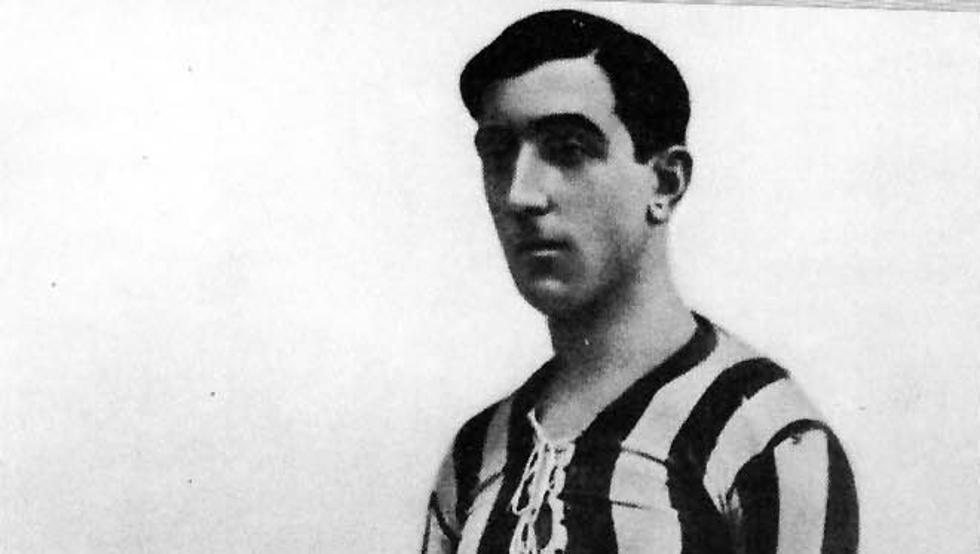 In the Spanish team he played five games, all at the Olympic Games in Antwerp 1920, and at that meeting he coincided with a young guardamenta FC Barcelona, but too well prepared. Ricardo Zamora was the goalkeeper of the combined although he had not yet reached the 20 years.

During the war, he was in search and seizure, He was arrested and imprisoned in the Barcelona Model Prison, and finally he was exiled in southern France, where he played in OGC Nice until 1938, where he met and Josep Samitier. When the war ended he returned to Spain and developed a long career as a coach, starting in 1939 with the athletic Aviation (before he had directed the Nice) until in 1962 he finished train Espanyol, the club of its beginnings.

Zamora He was also Spanish coach, on a computer that before the Civil War a key piece became. With Spain was 46 international caps and fit 42 goals. He came to dispute World Cup Italy 1934, where Spain overtook Brazil in the preliminary round (3-1) and in the quarterfinals he tied to 1 with Italian hosts. In the return match, in which the holder was not Divine unlike the previous two, Italy won 1-0.

Global reach his Zamora in full footballing maturity, Unlike the Antwerp Olympics of 14 years earlier. Tournament in the Belgian goalkeeper played five game he played Spain, first he won the debut against Denmark (1-0) but a defeat against the hosts (1-3) He alighted them fight for gold. But in the playoffs for silver the Spanish side won all three games, before Sweden (2-1), Italy (2-0) Y Holland (3-1). The last goal was scored by this last game Pichichi, also tactics in five games and that was the goal that got added. further, Zamora He was in the Olympics in Paris 1924, in which Spain lost in the debut against Italy (0-1).

Now their names are still in force in the trophies awarded annually daily Marca. The Zamora trophy He began to give the goalkeeping of the Spanish first division league 1959. And if it had existed at that time, Divine had won three times the award with his name, in seasons 1928-29 (the first to be played), 1931-32 Y 1932-33. On the other hand, the Pichichi trophy It is given from 1953, and, where applicable Rafael Moreno I had not received as a player because he hung up his boots before the creation of the League.

UEFA Cup 93/94: Karlsruhe 7 Valencia 0
Rafa Paz: "I got a hair transplant but my experience was not very good"
Nobby Stiles, one of the tough soccer guys from before
Canizares spectacular debut with the Spanish selection
The USSR and the revolution that changed to football
Suckling pig's head thrown at Luis Figo in the Nou Camp
The incredible story Bernd Schuster in the final of European Cup 1986
The World Cup Italy 90, the first video game of a World Cup
Best 11 Real Betis Balompié historic as FUTBOLRETRO.ES
The toughest game in history: 'The battle of Santiago'
The biggest sports betting scandals
The match that made Andrés Iniesta from Real Madrid

Manuel Negrete and the best goal in World Cup history

The players who have participated in five World

The worst hosts in the history of the World Cups

Сoinplay – The best way to bet on the World Cup

The worst teams in the history of the World Cups

The best soccer players in the history of Costa Rica

The footballers with the most World Cup wins in history