Normally it is already difficult for us to choose the best players of a certain nationality. But nevertheless, in the case of Brazil, logically, the task is much more complicated. These are, for the team FUTBOLRETRO.ES, the best Brazilian soccer players in history:

Legend of Botafogo. Jairzinho he is the only player in history capable of scoring in all the games of the World Cup final phase. Got it on Mexico in 1970, forming part of that historical Brazilian team by “all five tens”. He was present in three World Cups (1966, 1970 Y 1974). One of the biggest Brazilian footballers without a doubt.

There are those who dare to say that Garrincha he was the best Brazilian soccer player in history. The truth is that this skillful winger was key to Brazil winning the World Cup 1958 Y 1962. A true idol that had a very sad ending due to his bad head. His dribbles were prodigious and, Of course, your name cannot be missing in this article.

Sobran presentations. For many, the best player of all time. The only one who won 3 world (1958, 1962 Y 1970). myth Santos and record collector also at the individual level. Too bad he never crossed the pond to sign for some European team to see what he would have been capable of. 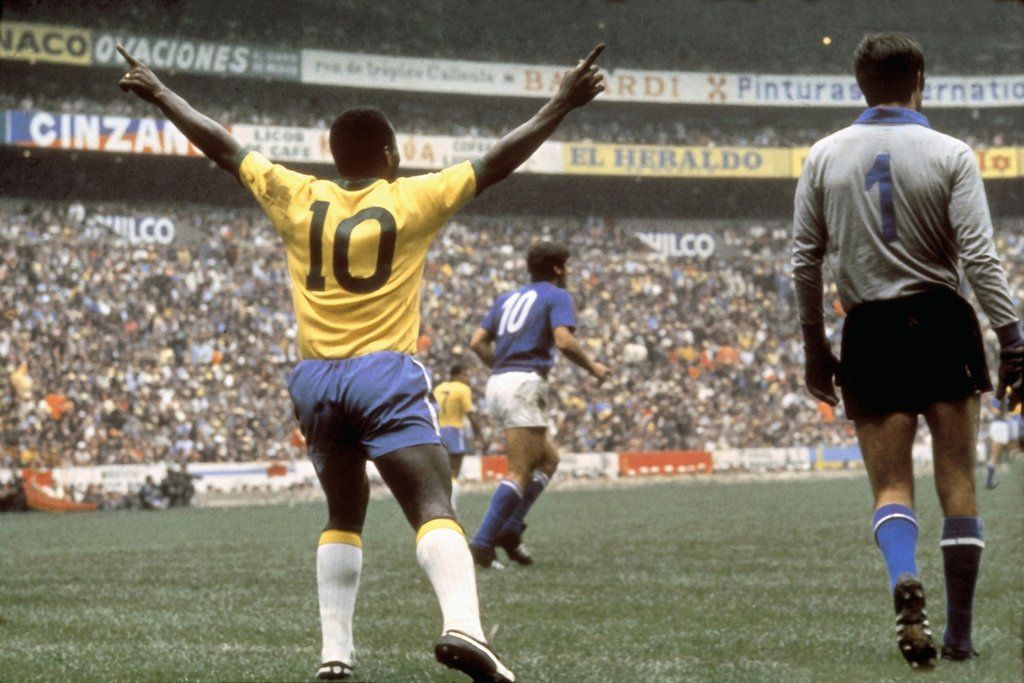 An emblem of the Corinthians. Talk about Socrates is to talk about a different footballer. He was one of the leaders of the Brazilian team in the World Cup in Spain '82 that, although it is true that he did not win the title, She is remembered as one of the best teams of all time for her way of playing.. In addition to showing its quality within the field, he was also very influential outside of him, both socially and politically. A genius wherever you look at it.

Another star of that Brazilian team of 1982. Possibly, the best footballer in the history of Flamengo where he conquered, among many other titles, the Liberators cup. A huge talent that could not be missing in this select group of Brazilian soccer players.

One of the best strikers in football history. He won the Copa América in 1989 and the World Cup 1994 the selection. At club level, he got tired of scoring goals both in his country and in Europe (PSV, Barcelona, Valencia…). Pure magic within the area.

Impossible to leave it off the list. He played the final of the World Cup in France 1998 in which Brazil fell defeated against the hosts. Later he was champion in 2002 along with players like Ronaldo, Ronaldinho O Roberto Carlos, among others. A prodigious left foot that they could enjoy, mainly, Dépor and FC Barcelona fans.

The only defense on the list. Juice 125 matches with the national team. He was part of that generation that lost the final of 1998 and won the 2002. At club level, he won practically everything, highlighting his career in Real Madrid. Their careers by the band, his shots with his left foot, his impossible goals… Definitely, one of the best Brazilian soccer players that has existed.

Little discussion. Possibly, the best striker in history. Two World Champion (1994 Y 2002). His level in Europe in teams like the PSV Y FC Barcelona was colossal. Although injuries weighed down his career, continued to score goals until he hung up his boots at Corinthians. Inter, Real Madrid, Milan… enjoyed ‘O Phenomenon’.

Few footballers have made us enjoy as Ronaldinho. The magic, the joy and self-confidence of the Brazilian amazed the world, especially at FC Barcelona which he came from French PSG. Champion with Brazil in the World Cup 2002 and author of authentic goals and dream plays that will remain forever in our memory.

We do not want to end this article without reminding Brazilian players that, surely, deserve to be among the elect. Cafu, Rivelino, Tostao, Charles Albert… the list would be endless.

When Real Sociedad touched the final of the European Cup
The most beautiful t-shirts History of Boca Juniors
That mythical Paris Saint Germain of the years 90
The unusual debut with the selection Gudjohnsen of Iceland
Gerd Muller, the insatiable goalscorer
Germany '74: The World Cup football owes Netherlands
The heroic death of Jesus Castro, the legendary goalkeeper Sporting
Jean-Pierre Papin, Find myself and the essence of football
The worst injuries in football history
Bob Marley and football, the passion that might have saved his life
The incredible story of Winston Coe, the goalkeeper Manco
The anecdote of Messi's first contract with Barça on a napkin

The anecdote of Messi's first contract with Barça on a napkin

The best CD Tenerife in history

Top scorers in the history of Real Madrid

Why is it called the Olympic goal?? who scored the first?

Why do Borussia Dortmund wear yellow and black??

The red and black alternative is less and less used and we have seen the English wear the strangest shirts when playing away from home?

The match that made Andrés Iniesta from Real Madrid